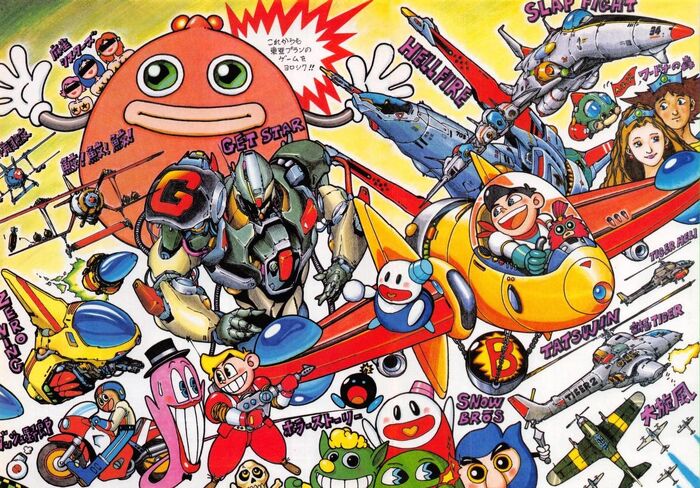 Welcome to the Toaplan Wiki!
We're a community thriving for the legendary Japanese video game developer Toaplan. If you're wanting to learn some history of the company, or a huge Toaplan fan, this wiki is for you!

Toaplan (東亜プラン) is a defunct Japanese video game developer which was established in 1984 and eventually closed its doors in 1994. The company was mostly known for its shoot 'em up games, but have also made a variety of games in other genres. With the company's dissolution its former staff went on to found various offshot companies such as Raizing and Cave. The rights to Toaplan's former intellectual properties currently belong to Tatsujin Co. Ltd., a company founded by former Toaplan composer Masahiro Yuge.

Want your community included? See how!

Want your community included? See how!

Community content is available under CC-BY-SA unless otherwise noted.
Advertisement